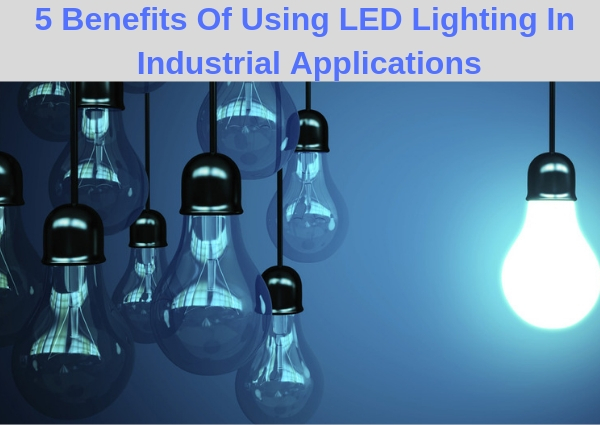 In this article, you will learn about 5 benefits of using LED lighting in industrial applications. Due to the unique characteristics of LED lighting. They are becoming much popular in industrial and commercial applications. Despite its higher cost than any conventional light sources, LED are more reliable, durable and generally not require any maintenance.
The most advantageous factor is their long lifespan which can last for as long as 50,000 to 100,000 hours. With properly designed fixtures, LED bulb can operate well in all temperature environments. They are also more energy efficient than the normal conventional light sources.

1. Return on Investment of LED Lighting for Industrial Applications

People seem to have various myths regarding the usage of LED lighting for the various industrial applications. Industries should be much aware that LED lighting is a cost-effective replacement for the fluorescents, HID and another industrial lighting. Initial purchase costs for LED lights are much higher than the fluorescents. They are energy efficient means they have a lesser electricity bill.
When lighting-related energy costs played a small role in purchase decisions then escalating energy prices has transformed into the major cost driver for the various lighting applications. Industrial and commercial organizations should not trade off for the shorter initial payback periods. It usually measured in months which they should look for various long-term benefits.
From a purely financial perspective, it makes sense to go for LED lights due to the maintenance savings and long life.

It is a misconception that LED lighting requires maintenance but it is not true. People generally think that the magnetic ballasts require replacement and servicing but LED lights to have electronic drivers which generally need no need of replacement. These drivers are basically designed to face any type of rugged environment. A magnetic ballast used in the traditional type of industrial lighting like HIF, HPS, HID and another metal halide. It requires generally no services and replacement. 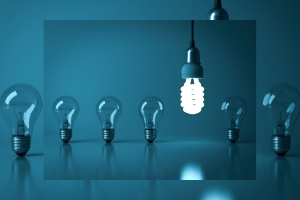 Another key benefit of LED lighting for the various industrial applications that is well-designed LED drivers. It is unlikely that a driver or any other component that would need to be replaced.
Furthermore is a well-designed LED fixture, on/off switching does not shorten the useful life. Frequent switching strengthens the useful life of an LED. As turning off an LED, fixture slows the pace at which total operating hours accrue.

People usually think that LED lights contain mercury like the fluorescent lighting. LED mercury is not only harmful but also mercury free. They work well in higher temperature environments. Well designed LED works well in all type of environment. It manages heat dissipation well which is a prerequisite for all lighting operations at any temperature- cold, hot.

A final benefit of LED lights for the various applications is their great ability to manage glare. A glaring system is not suitable for various industrial facilities. All high-outputs are bright. Once the newness wears off, the glare passes quickly. Moreover, well-designed optics on LED fixtures minimizes glare and direct brightness.

Well, this was the end of the article of 5 benefits of using LED lighting in industrial applications.